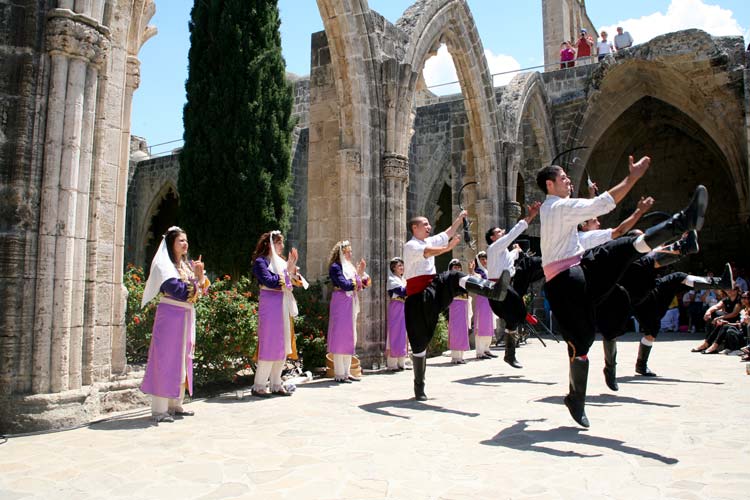 Cyprus is an island rich in culture, boasting many traditions that are still celebrated today. With such a detailed history and having been ruled by many an empire, the Cypriots have emerged proud of their heritage – a true passion that makes a lasting impression.

CYPRIOT CUISINE
From succulent kebabs to mouthwatering meze and sweet, sticky desserts, food in North Cyprus is varied and tasty. Specialties to look out for include: seftali kebab – a type of local sausage made from lamb; hellim – halloumi cheese, traditionally made from sheep’s or goats’ milk and usually served grilled; and the delicious pilavuna.

THE CULTURE
The Cypriot culture is not only reflected in events and festivals, but also in the rich folk art of the island. Age-old crafts, handed down from one generation to another, which you will come across as you travel around Cyprus, include pottery, silver and copperware, basket weaving, tapestry and Lefkara’s famous lacework.

RICH HISTORY
For nine thousand years, Cyprus has been a melting pot of great civilizations; from the Neolithic settlements on the northern coast to the Egyptian, Persian, Roman, Venetian,
Ottoman and British Empires. Its strategic location at the cross-roads of East and West
has bestowed on the island with a rich and colourful history tapestry and Lefkara’s
famous lacework.

NATURE AND WILDLIFE
North Cyprus is host to an eclectic mix of unusual wildlife and fascinating species that can be seen at any time of year. With its miles of unspoiled coastline and magnificent natural beauty, Cyprus has much to offer regarding nature, outdoor and wildlife. This untouched land has a lot to offer to nature lovers.